If you look at just the name, you might think that there were a lot similarities between the Motif XS and the Motif ES. There's just one letter difference, right ? But when you look under the hood, nothing could be further from the truth.

So what's new ? Just about everything, a new TG, new CPU, new OS, new UI and much more !

There is a brand new tone generator (the SWP51), a new core CPU processor that runs a totally new core operating system, a new user interface with a new display, new computer connectivity and a majority of the wave ROM is new. The code for even those things that are similar between the ES and the XS had to be completely re-written because the CPU and core OS are different.

The Motif XS is the first Yamaha product to use this new tone generator. It has signicant advantages over the previous TG including more DSP power, a better and more powerful compression algorithm and faster envelopes.

The CPU is new and is faster and more powerful than the one used in the ES.

Perhaps most signifcant is that the core OS is completely different (it's a Linux variant just like the Korg Oasys). This has a lot of advantages.

The new large color display and user interface is a vast improvement, but it also meant that every software routine had to be re-written from scratch. Even our product specialists sometime forget and say it worked like this on the ES withour realizing that it sia completely different system. we tried to make the UI familiar and understandable to current Motif users while still including many, many new and quicker ways of doing things and amking thinsg easier to understand.

There are completely new drivers for the Firewire interfacing and new integration with Cubase AI.

So what's the same between the Motif ES and Motif XS. Maybe it's really just the name. 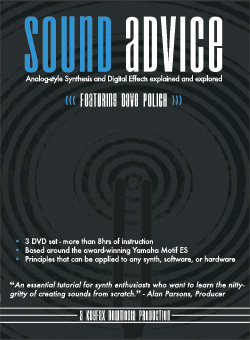