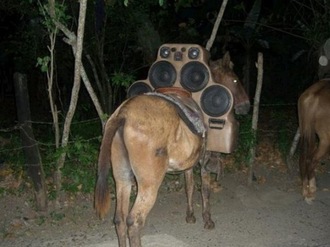 Most often small loudspeakers are physically incapable of reproducing low frequency material. Using a psycho-acoustical phenomenon like the missing fundamental, perception of low frequencies can be greatly increased. By generating harmonics of lower frequencies and removing the lower frequencies themselves the suggestion is created that these frequencies are still remaining in the signal. This process is usually applied through external equipment or embedded in the speaker system using a digital signal processor.

Telephone speech signals are usually very degraded in quality. Part of this degradation is due to the limited bandwidth used in the telephone systems. In most systems frequencies lower than 250 Hz are cut and bandwidth only extends to frequencies of 4 or 8 kHz. Using filtering and waveshaping low and high frequency response can be extended.

By low pass filtering the lowest octave and half-wave rectifying a waveform is created with a fundamental half of the original frequency. Due to the discontinuity in the waveform low pass filtering is needed to filter all harmonics. Using such a subharmonic synthesizer the essential frequency band between 125 - 250 Hz is recreated, adding weight to the signal.

To extend the high frequency bandwidth, we can isolate the top octave using high pass filtering and then generating harmonics of this. The generation of harmonics can be done through a simple full wave rectification, which is computationally cheap and not amplitude-dependent. As an alternative single-sideband modulation can be used, giving precise control over the number and amplitude of the harmonics. In theory envelope estimation can be used to extract the original high frequency envelope and regenerating high frequencies using a noise source. The sparse information available in the small bandwidth will probably be too limited to extract a proper envelope.
Hudebník a producent, majitel studia Soundevice
http://www.boriscarloff.com | http://www.soundevice-studio.cz
Nahoru