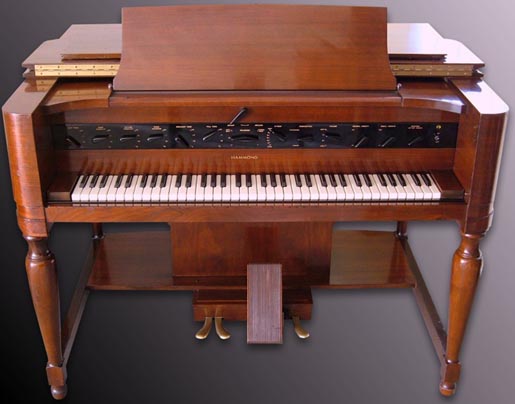 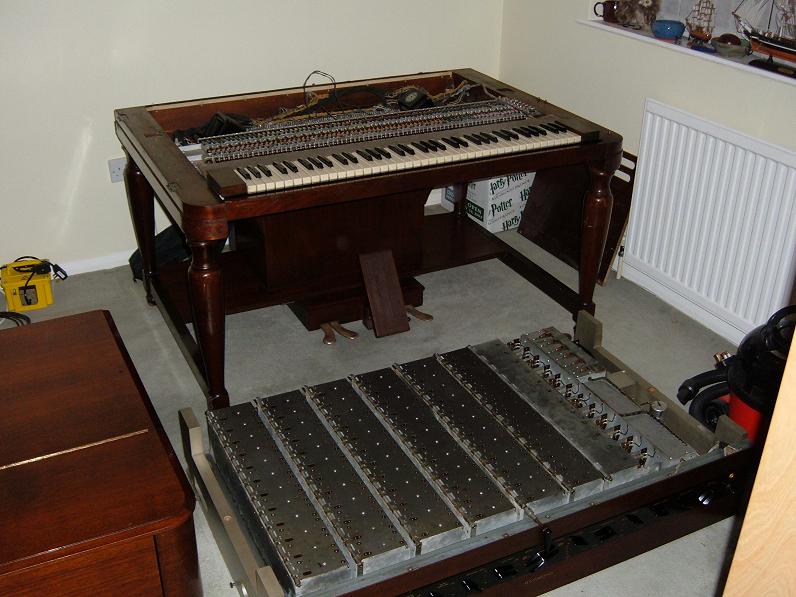 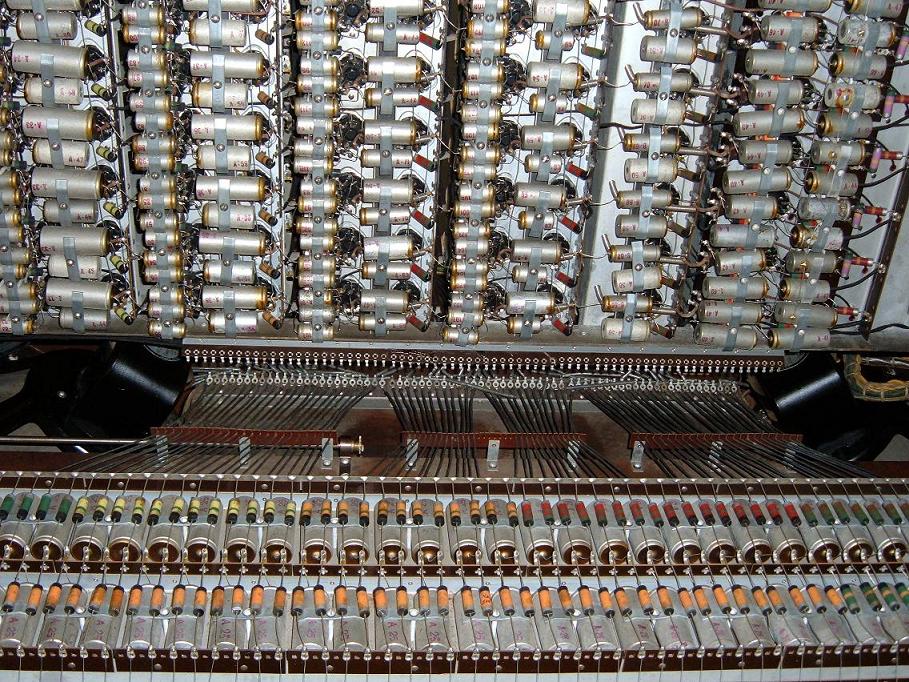 The Novachord was a polyphonic synthesiser that was manufactured in 1939. It was designed by Laurens Hammond together with John Hanert and C. N. Williams. Incredibly for the time, it featured 72-voice polyphony created by (the first?) 'divide down' oscillators. Also incredibly for the time, each of the 72 voices had their own envelope shaper so it was totally polyphonic. These passed through a series of resonant band pass filters to create tonal variation. A 6-channel electromechanical LFO was used to polyphonically animate the sound that allowed rich ensemble textures to be created. The different sounds could be 'programmed' using a series of front panel Bakelite controls. 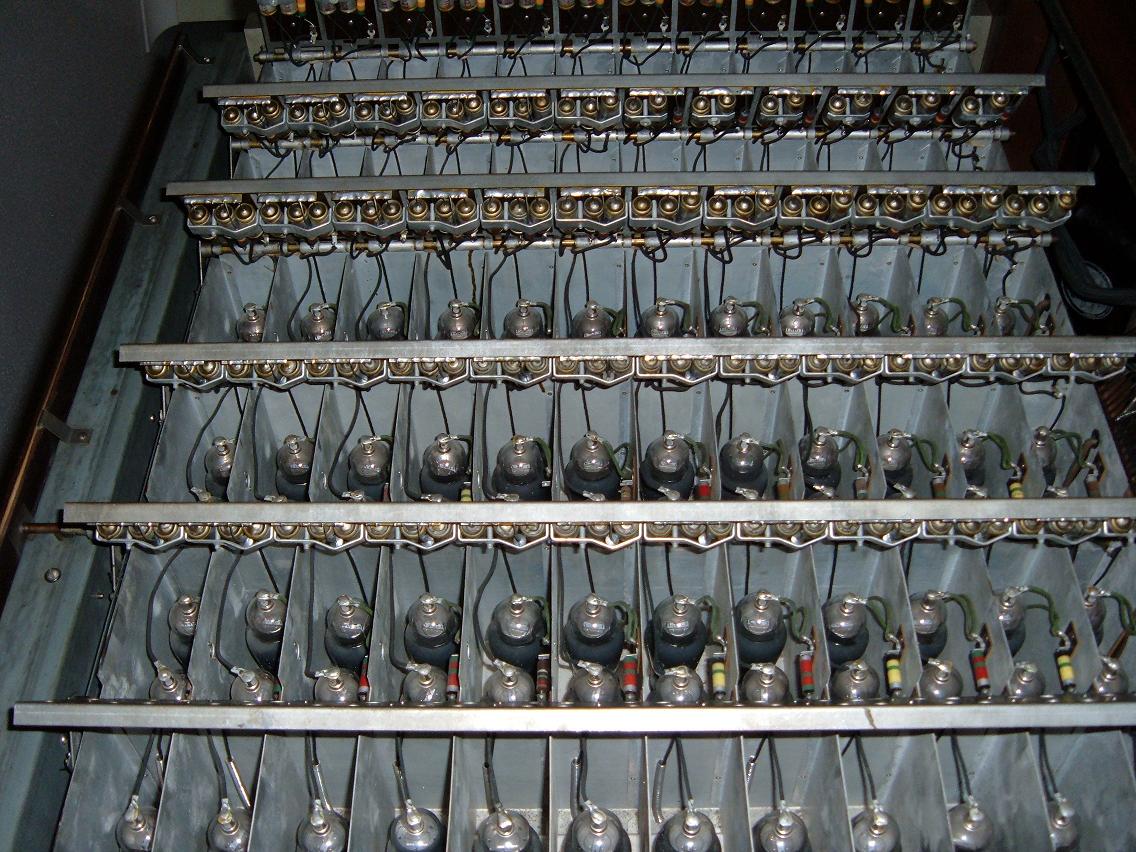 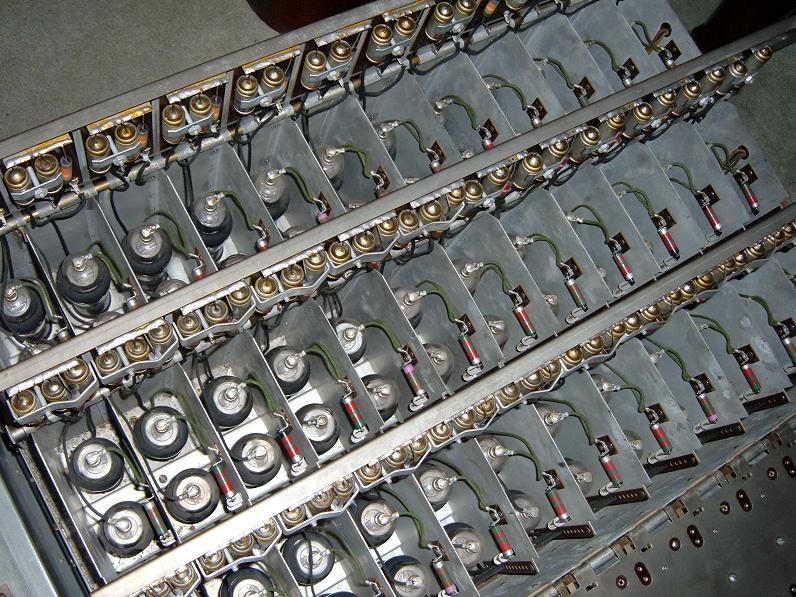 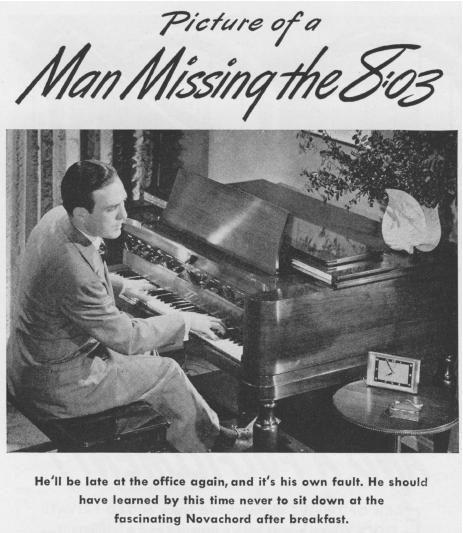 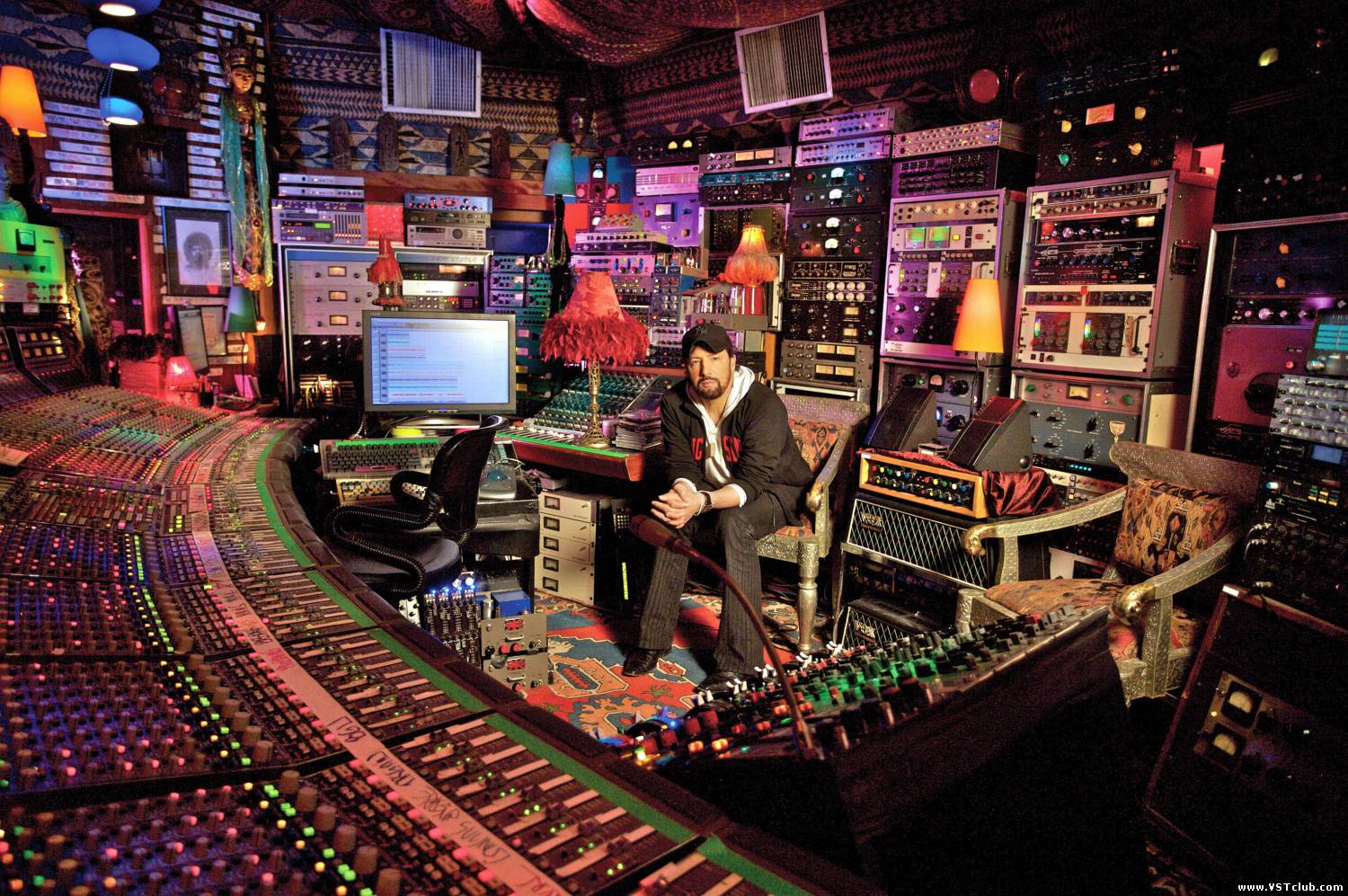